Ochberg Fellow To Present at NYPL

2012 Dart Center Ochberg Fellow Alia Malek, a Syrian American, has been living on and off in Damascus over the last year, reporting at great risk on the violent uprising in her family’s homeland. After spending the week with other Ochberg Fellows at Columbia University earlier this month, she stayed on in the U.S. and will be presenting some of her experiences at a special event tonight at the New York Public Library, entitled “Clash of Civilizations at Home and Abroad Still?”

A new piece by Malek about her recent reporting trip to Armenia also appears in the current issue of the publication by our friends at the Dart Society, Syria’s Less-Visible Losses. “I couldn’t help but be choked up by this simple ‘For Syria,’" Malek writes of a toast given in her honor at a dinner party in Yerevan in this personal exploration of identity, genocide and repatriation. “Just about any Armenian who survived the [Armenian] genocide and went on to populate the Diaspora came through Syria,” Malek writes. “One hundred years ago Syria could offer a decimated people refuge and home and life.Today, she offers no one safety. This includes the many ethnically Armenian Syrians, who are waiting out the violence in Armenia and hoping to return to Syria.” 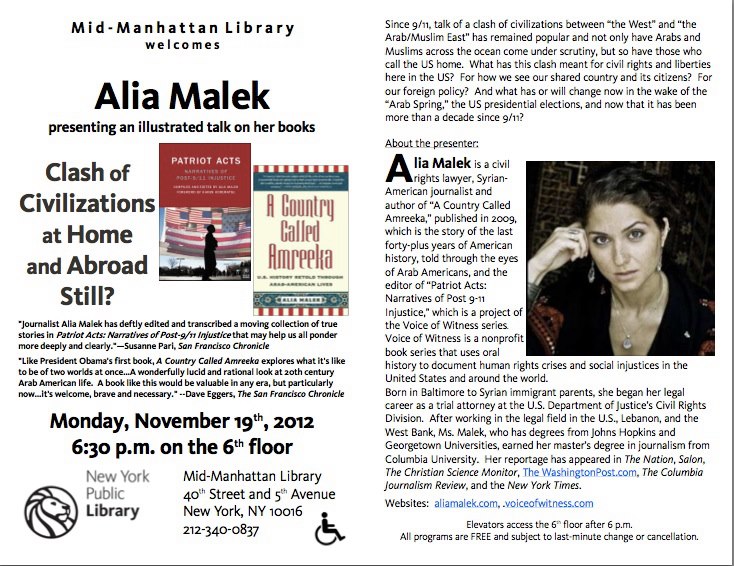