Dispatches from the Australian Bushfires 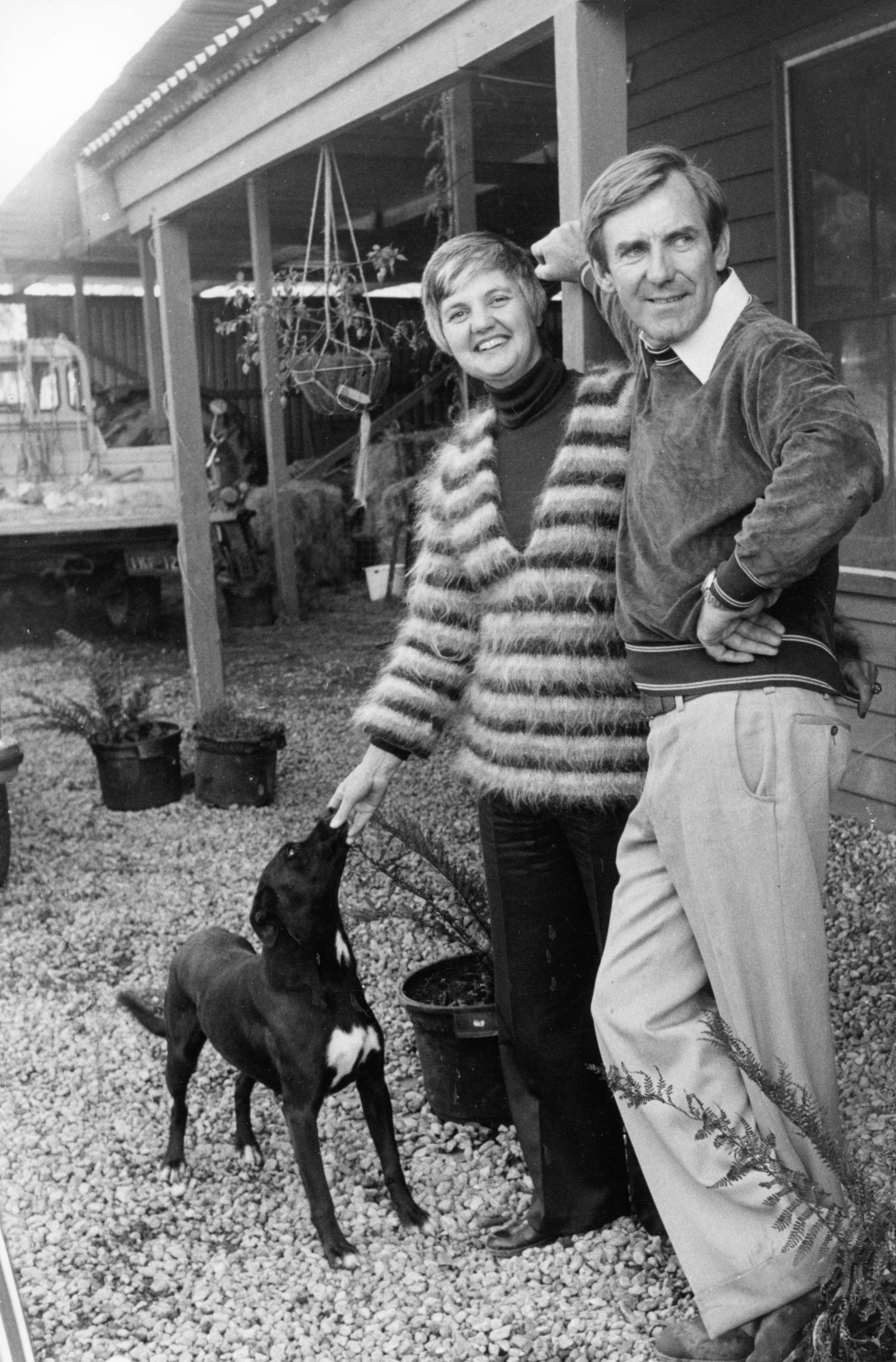 Editor's Note: The bushfires that raged through Australia this weekend were the deadliest in the nation's history, tearing through towns and leading the Australian Prime Minister Kevin Rudd and Victorian Premier John Brumby to describe the situation as "hell on Earth." At the time of this story's publishing, the death toll was 126, including respected news anchor Brian Naylor, shown at left with his wife Moiree at their home in 1978 (Photo Credit: Herald Sun Picture Library). But such numbers fail to do justice to the scale and reach of the horror described by the journalists risking their lives to tell this story. A few Australian reporters wrote in to give an inside perspective on this ongoing tragedy.

Already the human toll is the greatest in the state's history and it is also now the nation's largest bushfire tragedy, with Victorian police commissioner Christine Nixon warning that authorities expect to find the bodies of more victims as it becomes safe to move into many devastated communities after any fire threat has abated.

Early reports are that more than 700 homes have been destroyed across the state, many of them in towns in the Kinglake area. Many of those who died were trapped in their vehicles while trying to escape furious fire fronts.

Australian news outlets have scrambled reporting teams to cover the devastation, which has included the almost complete annihilation of several townships in the central Victorian highlands, including Kinglake, Marysville and Narbethong.

I just spoke to a photographer who yesterday flew across much of the bushfire zone in a helicopter[...]He said there are bodies beside roads and houses and in the burnt-out shells of cars. ''It's just carnage," he said.

I think it's important to give our colleagues in the US and elsewhere a sense of the immensity of this tragedy. The forecast now is that the toll will top 200, there are 5000 'refugees'. It is Dante-esque in its scale and horror.

Australia is facing its greatest natural disaster ever and—as is so often the case—at the centre of this massive story is an enormous number of media professionals, many of whom have been devastated by their own losses.

Brian Naylor, one of the country's most respected news anchors and his wife Moiree died in their blazing home north of Melbourne where he spent his retirement. A fire front raced through their small town, killing nine people. After 40 years in the industry, his death will have a huge impact on his former newsrooms.

Another television reporter, Norm Beaman, rang through to his network on air to reveal his wife had called, saying the house was about to burn and she was going to hide in their truck. That was his last contact. The raw emotion in his voice, as he wondered if he'd lost his family was extraordinary. This morning - a good news story. They've been been reunited.

The death toll is well over 100. Given the enormity of the area involved, it's not surprising to learn some of the media are the first to stumble upon the burnt corpses of victims. The firestorm was fanned so quickly, it was young weekend staff for many organisations who were the first to be sent out.

Radio stations took calls around the clock from residents warning others to leave town, or simply to share their own experiences. Radio networks became the link between fire fighters and the people they were trying to save.

There has also been an enormous amount of material posted online from readers and viewers. It's been saturation coverage, only made possible by hundreds of dedicated journalists, camera crews and photographers who are continuing to face enormous pressures themselves.

Gary Tippet adds to this the story of Gary Hughes, a senior reporter with The Australian's Melbourne bureau, who was lucky to escape with his and his family's lives as the fires detroyed his home at St Andrews, north-east of Melbourne on Saturday:

Hughes and his wife and a 13 year-old girl they care for fled to their car as the house burnt around them. Finding his keys were not in the vehicle, he had to re-enter the blazing, smoke-filled house and fumble in a bag for spare keys. ''The smoke is so thick I can't see far enough to look into the bag," he wrote in today's edition of the paper. "I find them by touch, thanks to a plastic spider key chain our daughter gave (her mother) as a joke. Our lives are saved by a plastic spider."

Hughes managed to start the car and get down his property's driveway to where the flames have passed. They sat there, motor running, air conditioner going, and watched as their home, their pets, most of their possessions, and most of their neighbour's houses were destroyed. Hughes and his wife suffered superficial burns.

But he wrote: ''...Then I realise, of course, it doesn't matter. We escaped with our lives. Just. So many others didn't."