Australia formally recognised the contribution of war correspondents to our democratic tradition this week, with the unveiling of a memorial in the sculpture garden of the Australian War Memorial. It is inscribed with the following message:

Amid dangers known and unknown war correspondents report what they see and hear. Those words and images live beyond the moment and become part of the history of Australia.

The unveiling took place just hours before it was revealed that Australian journalist Peter Greste’s Al Jazeera colleagues had been pardoned by Egyptian authorities.

In the midst of these celebrations, the memorial reminds us of the perilous conditions war correspondents operate in. Conditions media commentators fear could be further complicated under guidelines set out in the Pentagon’s new “Law of War” manual, which states journalists in conflict zones may be classified as “spies” or “unprivileged belligerents”.

In the line of fire

In 2008, Australian photojournalist Stephen Dupont was on assignment in Afghanistan when he was hit by shrapnel from an explosion set off by a suicide bomber.

With blood trickling down his face, in shock and having narrowly escaped with his life, Stephen turned the lens on himself and unleashed this stream of consciousness piece to camera. Footage of his response was later used in an episode of Foreign Correspondent:

I don’t know why I do this job. F…ing suicide bombers! Jesus Christ I’m so lucky. I feel really lucky. I just feel so lucky. I’ve got a daughter back home and a partner. I’ve family but I just can’t help feeling for the people that I’ve just been filming and photographing you know. It’s like fifteen people, there’s fifteen people killed including a young child. It was just horrible. Just horrible. 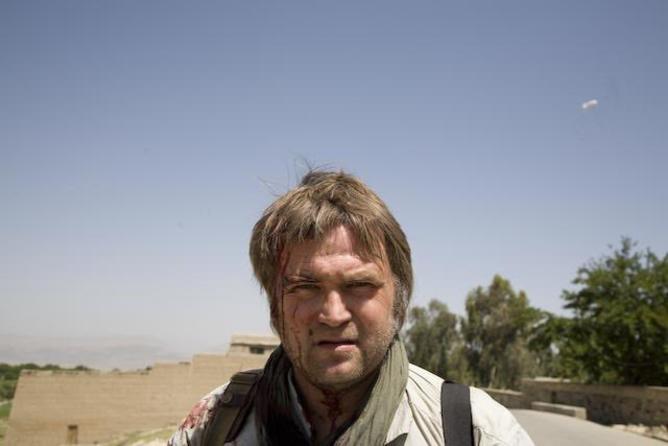 What started off as a poppy eradication assignment in Afghanistan quickly turned into a personal story on surviving a suicide bombing and the perils of conflict reporting.

For Stephen Dupont and others like him, reporting on war and life in conflict zones is more than just a job: it’s a calling to bear witness.

A year later, he was back covering the troop advancement of marines in Helmand province.

The incident in Afghanistan wasn’t Dupont’s first near death experience; in Zaire in 1995 he and the CNN crew he was working with were captured by rebels and marched to a ditch. Their hands were tied behind their backs and they were made to kneel in a mock execution. Their local driver saved their lives.

Dupont says its vitally important for him to be out there covering the world of “humanity and inhumanity”:

I still to this day get itches to go out and cover certain stories. It has more to do with the stories I feel passionate about and I believe in and that my photos might have some importance in terms of history and to bring about change.

Dupont acknowledges that not everyone is suited to this line of work.

To become a war correspondent - it’s an extreme lifestyle and it takes a certain type of person to be that passionate and to risk his life.

The Australian War Memorial sculpture honours the sacrifice that journalists, photographers and media workers make every time they take on a dangerous assignment.

The design is an oculus, or all seeing eye, a testament to the eyewitnesses and writers of the first draft of history and was devised by the by the CEW Bean Foundation named after Charles Edward Woodrow Bean, Australia’s official war correspondent and historian of the Great War. 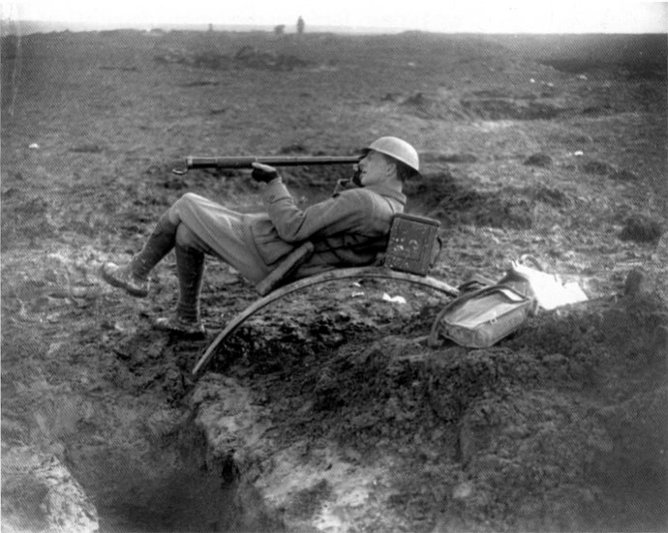 In one of his first official duties as Prime Minister, Malcolm Turnbull, a former journalist, gave the dedication address at a ceremony attended by families of media workers who’d lost their lives.

He paid tribute to Charles Bean and Keith Murdoch who refused to be part of the military’s propaganda machine and whose truthful dispatches from Gallipoli were rejected for not being jingoistic enough.

Approximately 26 Australian journalists have died in combat zones. The memorial honours them all, from the first - William Lambie during the Boer War, to Damien Parer who was killed by Japanese bullets as he was filming, Neil Davis who recorded his own death during a Thai coup, the Balibo 5 who were slain by Indonesian Special Force soldiers in East Timor - to the most recent, freelancer Paul Moran, killed during a suicide bombing in Iraq, and Jeremy Little, a sound recordist, who died from injuries sustained in a rocket attack during an ambush in Iraq.

Laying wreaths at the memorial were Shirley Shackleton, the widow of one of the Balibo 5 reporter Greg Shackleton and Peter Greste – who spent nearly 400 days in an Egyptian jail and risks being sent back there.

The Australian government continues to support you and your colleagues and will continue to press the government of Egypt to pardon you and the others journalists with whom you worked and are still imprisoned in Egypt.

The Law of War

But war correspondents could soon be facing more dangerous circumstances at the hands of the leader of the free world – the United States of America.

At issue is the Pentagon’s new Law of War manual.

Released in June, the 1,174 page book is an instructional manual on the rules of war, and while it is not legally binding, it has caused alarm bells to ring in newsrooms around the world.

It labels some journalists as “unprivileged belligerents,” or people who could be detained indefinitely and would not be offered the rights of the Geneva Conventions.

The Media, Entertainment & Arts Alliance (MEAA), the union and industry advocate for Australia’s journalists, believes the manual is a dangerous and confusing document that threatens press freedom.

The MEAA has criticised the manual for its potential to undermine the legitimate role of journalists reporting on conflict situations.

In its section on journalists the manual equates journalism with spying:

Reporting on military operations can be very similar to collecting intelligence or even spying. A journalist who acts as a spy may be subject to security measures and punished if captured.

Stephen Dupont says the manual is “dangerous and outrageous” and harks back to the Bush-Cheney era of 2001-2009:

It’s dangerous enough as it is without having to worry about what the Americans are going to do to you in the field.

I was so angry. It labels you as a terrorist in a way in the same area as enemy combatants and gives the Americans permission to arrest you, kill you, do whatever they want to do to you without repercussion. It puts you in the same box as the terrorist in the post 9/11 era.

The Pentagon has tried to downplay concerns raised by media companies by claiming that its rules only apply if journalists abandon their civilian roles and join the enemy; this of course is what the Egyptian government has claimed that Peter Greste and his colleagues did by engaging with the Muslim Brotherhood. In other words: it’s all about interpretation.

The MEAA’s Paul Murphy says so far this year around 80 journalists have been killed in combat zones around the world, with many others jailed and detained.

In May, the United Nations Security Council unanimously adopted Resolution 2222 calling upon the Secretary-General to appoint a special representative on the protection of journalists and instructing peacekeepers to provide regular reports on the safety of journalists.

The session drew attention to the growing threats against media workers and bloggers including kidnappings, killings and executions by groups like ISIL.

Making a submission at the UN was Marianne Pearl, the widow of Wall Street Journal reporter Daniel Pearl who was abducted and beheaded by terrorists in Pakistan in 2002.

She told the session that we are facing “a troubled time in our profession” and that “the neutral space in which journalists could operate as independent witnesses was shrinking.”

“Somewhere, along the wars we, journalists, have lost the old, unspoken agreement that we were a neutral and fair profession,” she said.

But the MEAA’s Paul Murphy goes further to remind us that the threats to press freedom are closer to home than we think:

We have seen this with our own defence forces operating in Afghanistan and Iraq. We have seen it during the militarisation of immigration in Operation Sovereign Borders and restricted media access to asylum seeker detention centres. We see it with the new tranches of Australia’s national security laws that pursue whistle-blowers and criminalise legitimate journalism.

This article was originally published on The Conversation.